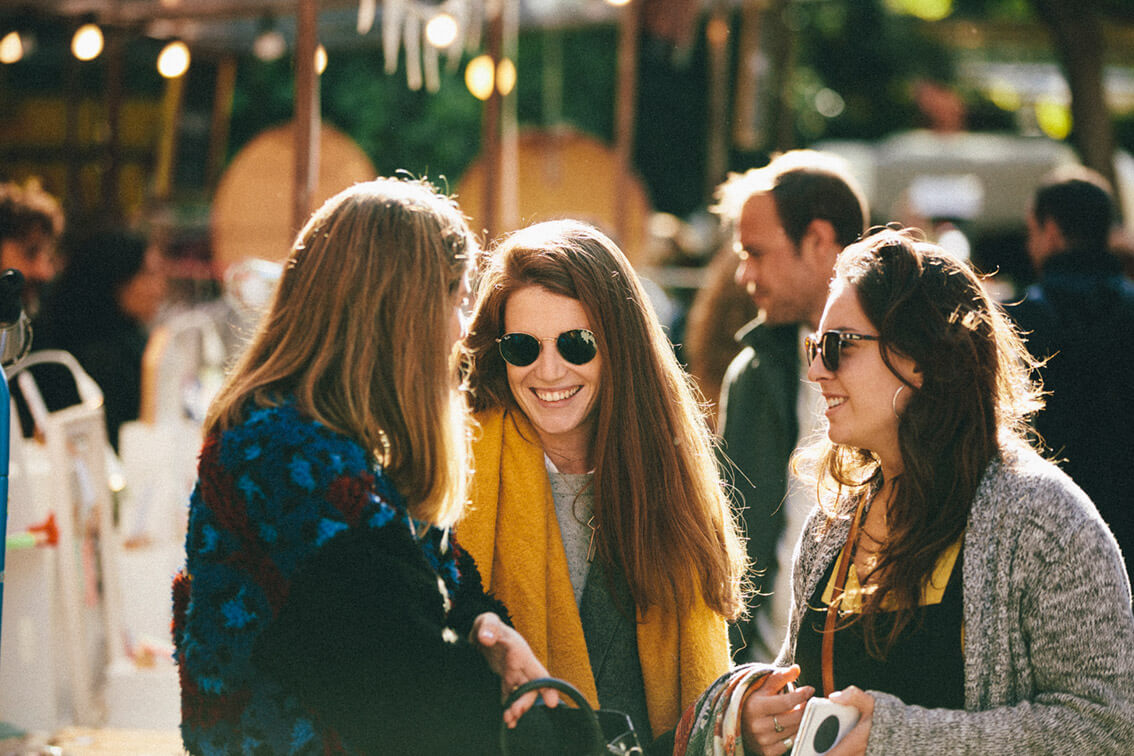 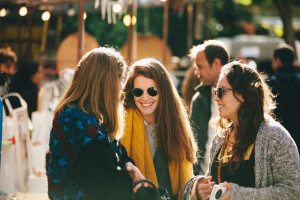 Named after the towering chimneystack in the center of the complex, Palo Alto was one of the first textile factories in Poble Nou district to be turned into a design space. Now it’s a design market.

Around the time of the 1992 Olympic Games, prolific designer Mariscal put it on the map, by converting the factory not only into his own studio, but for other graphic, lighting, industrial and furniture designers as well. Palo Alto became a sort of ‘ground zero’ for the city’s blossoming design community, hosting a hive of creative activity by day, and mad parties by night.

Twenty-five years later Palo Alto still enjoys a sort of mythical status. Other artistic co-working spaces have come (and gone) in Poblenou, and much of its old industrial architecture has been sacrificed for condos and dot.com office buildings. Situated at the swathe of Poblenou that is closest to the sea, Palo Alto is an island. Its interior courtyard is an oasis of Mediterranean plant life, and its surrounded by crumbly old streets and homes with large underpants drying on the balconies; a reminder of how the barri once was. 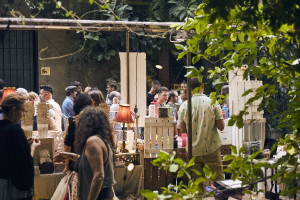 The scene is slightly different once a month for Palo Alto Market. The first time this event, which mixes food trucks, music and a design market, took place, the street outside got so overcrowded with hipsters waiting to get in the police had to shut it down. The organizers then decided to limit capacity to less than 1,000 people. This still means a queue to get in as others leave; and yesterday I waited an hour. But the upside of that is that once inside you have to wait for very little else, whether it’s buying a gourmet tidbit or glass of wine, or using the loo. 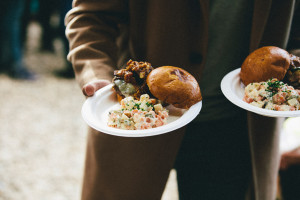 But however long you have to wait I would say it’s totally worth it.

Though advertised as a ‘market’ it feels more like a micro festival. The selection of food is outstanding, from farmhouse cheeses to Japanese snacky things that look too colorful to eat and organic cakes. The market bit is great too – young designers, homeware, more sunglasses from obscure labels than I care to list and genuine, stop-in-your-tracks finds, such as the Memphis-inspired carry bags and minimalist t-shirts from French fashion label Exclusive K.

But best of all was the music. I started the afternoon in the garden listening to a girl with guitar whose voice reminded me of Buika’s, and ended it jiving to a disco soul sister outfit who almost brought the house down.